Bina Baitel is pleased to announce her new collaboration with Christophe Gaillard Gallery.
To celebrate this, a cocktail and a donuts party will take place around Bina Baitel's Inflatable Wishing Fountain during Paris Design Week, Thursday September 8 from 7 to 10 p.m. at the Monnaie de Paris. 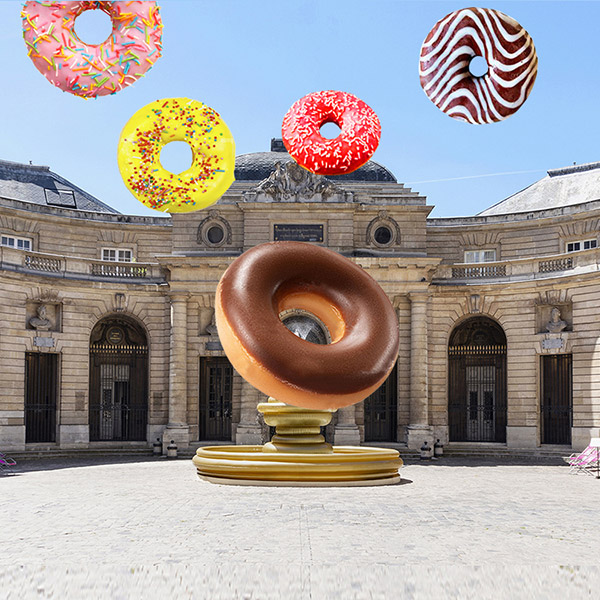 The Monnaie de Paris (The Paris Mint) has given carte blanche to the artist Bina Baitel to create a fountain in the main courtyard of this historical establishment in the center of Paris.

Echoing the current exhibition “Monnaies & Merveilles” (Currencies & Wonders) that presents the rituals of coins throughout the world, Bina Baitel imagined the Inflatable Wishing Fountain.
The Fountain revisits an ancient European ritual that is still very much alive today, and which consists of throwing a coin into a water source to attract good fortune and make wishes come true.

Inspired by the construction principles of urban fountains and inflatable objects, the inflatable fountain questions the collective imagination of architectural and industrial codes.

The architectural language is thus borrowed both from the monumental fountain, a common element of the urban landscape since the Roman Empire, and from the inflatable swimming pool, a familiar object since the middle of the 20th century, resulting from technological progress and the emergence of plastic.

Made up of buoys on top of each other, the inflatable fountain template is deliberately underlined by the silhouette of a classic fountain whose water would gush from a large basin of water.

Instead of a robust and durable structure, a temporary and transportable monument is erected with the help of flexible and light materials. The fountain, a source of water that cannot be dislodged by definition, becomes a mobile and flexible object.

In between an industrial product and a contemplative sculpture, the installation questions the new boundaries between technological evolution and traditional monuments. Bina Baitel merges the industrial universe of inflatable products with the architectural language of urban fountains.

The fountain suggests a dialogue with the Monnaie de Paris and its surroundings, through its appearance that echoes the building’s classical architectural design, as well as through its golden hue, evoking the color of the precious metal, and through its appropriation of the industrial processes familiar to the manufacturer.

La Monnaie de Paris (The Paris Mint) is the oldest of French institutions and one of the oldest enterprises in the world. Its duty is the public service of minting current euros for France and the production of foreign currencies. 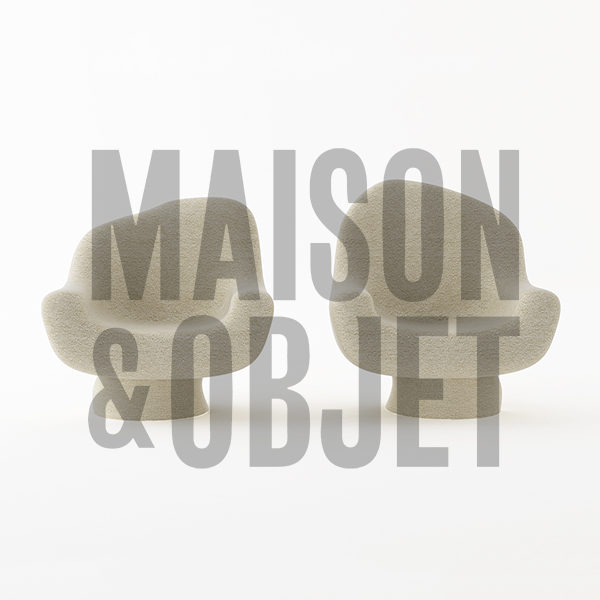 On the occasion of Maison & Objet 2022, Bina Baitel is invited to present her own collection of furniture and self-published objects... 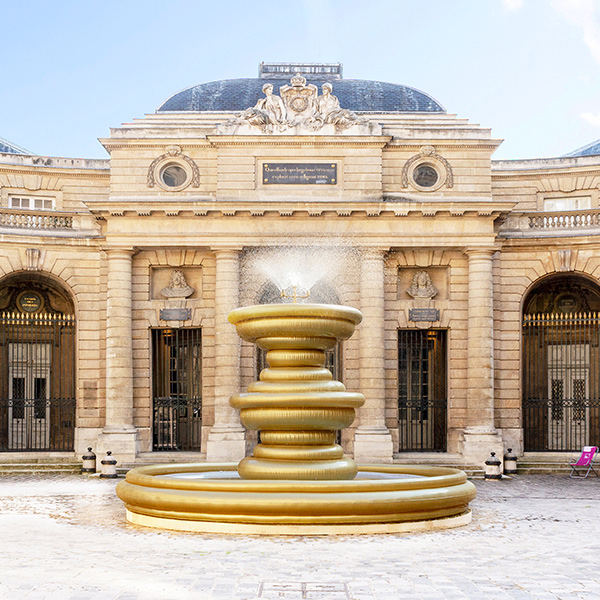 From May 12 to September 25, 2022, French artist Bina Baitel is exhibiting the Inflatable Wishing Fountain in co-production with Monnaie... 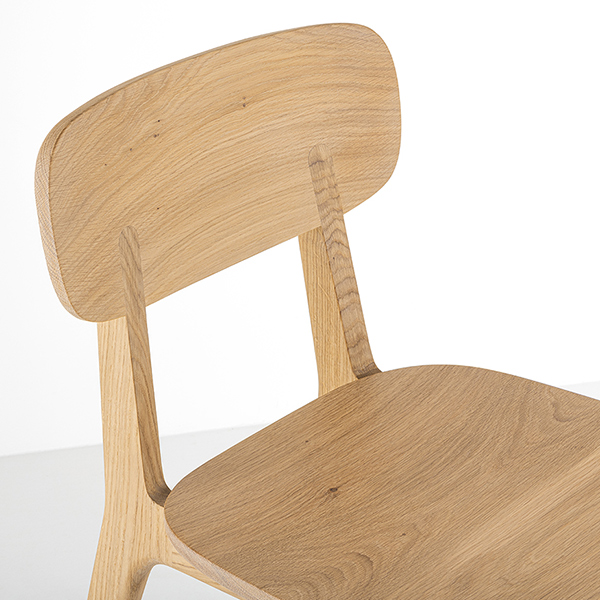 We are pleased to announce our first collaboration with Delavelle brand for which we have created Couscous, a collection of solid wood... 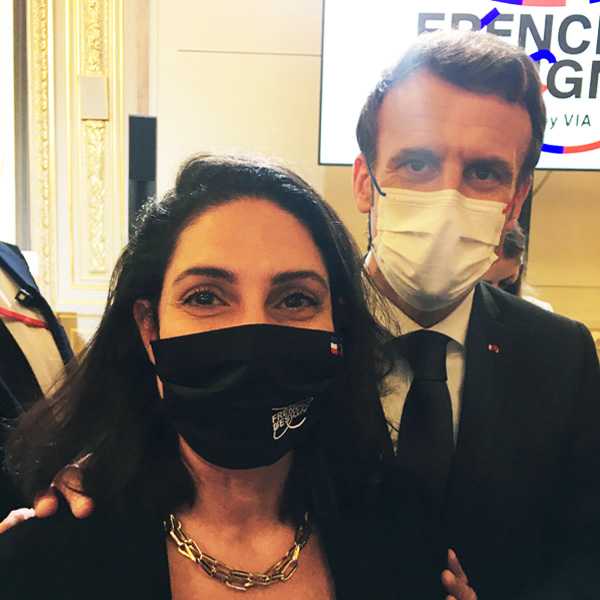 Bina Baitel is honored to have won the 2022 edition of the FD100 Award. A prestigious award held under the patronage of the President... 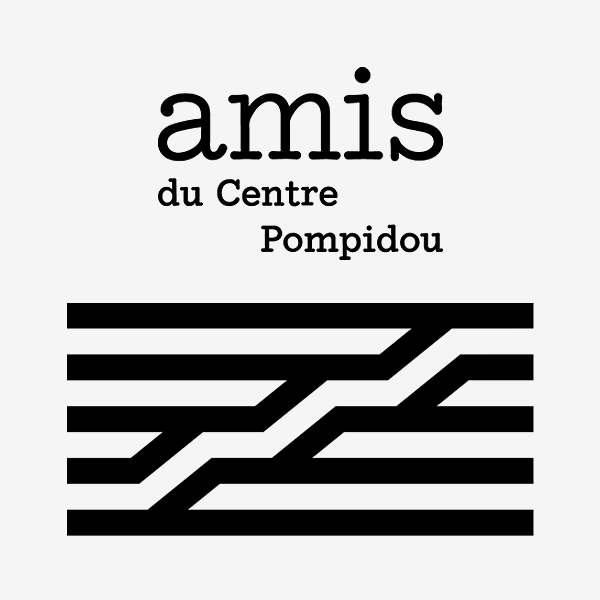 On Saturday 15 January 2022, during the Paris Design Week event, Bina Baitel had the great pleasure to open her studio to the membe... 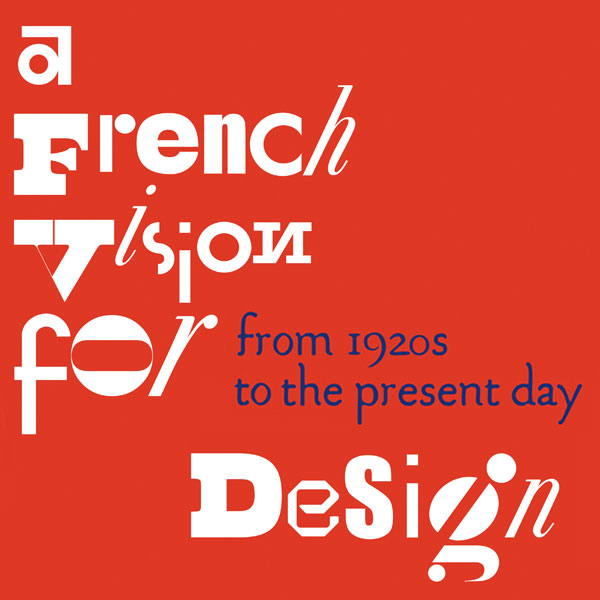 Bina Baitel is delighted to participate in the exhibition "A French Vision for Design: From the 1920s to Today". Initiated and pres... 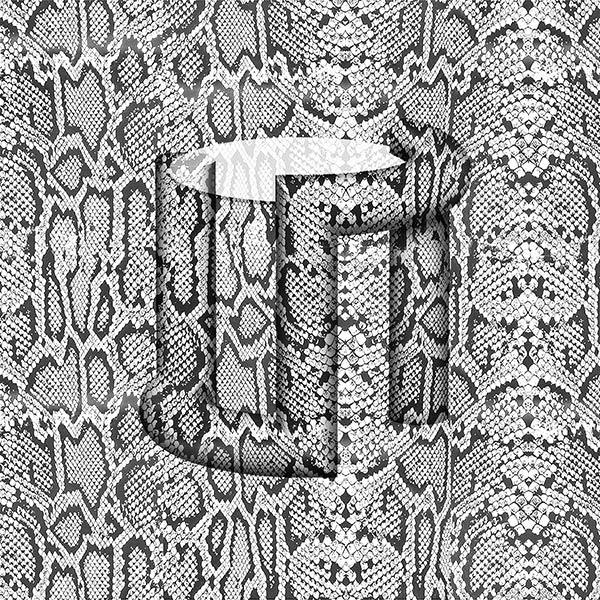 Le French Design by VIA 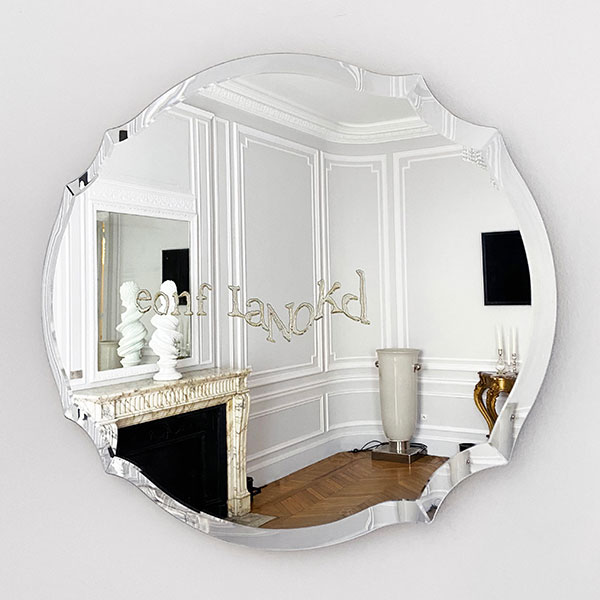 We are pleased to announce Bina Baitel’s collaboration with Galerie 208. Specializing in the art market and its many evolutions, the... 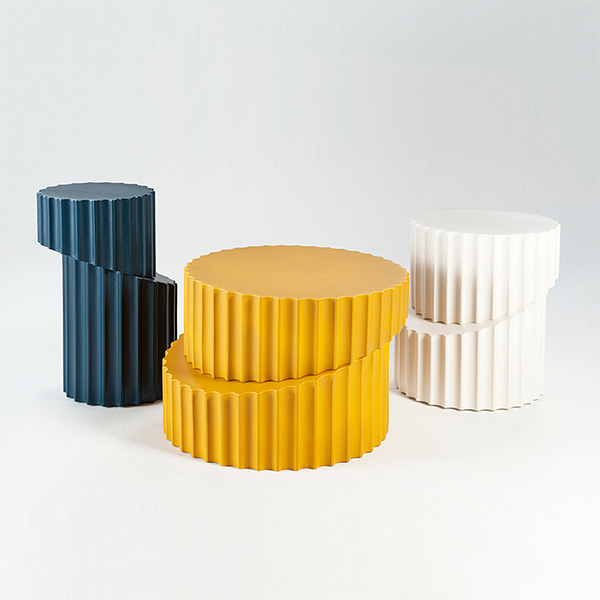 Bina Baitel is delighted to continue the collaboration with Roche Bobois for a new collection 2021. Made of enamelled ceramic, the... 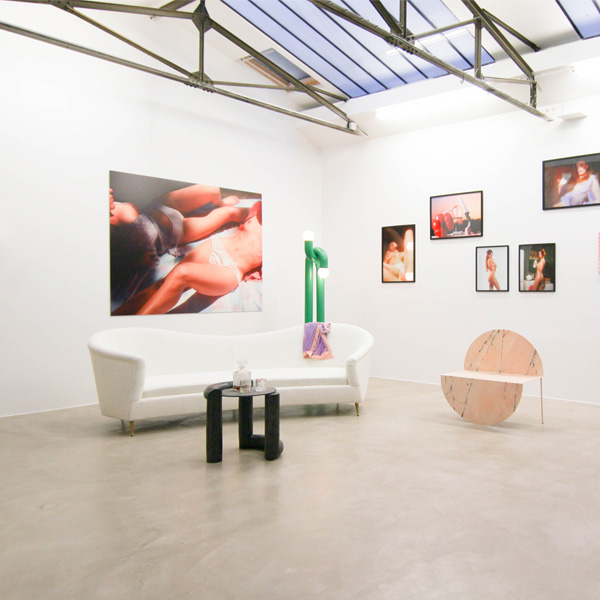 Invited by the Parisian gallery Chapelle XIV, Bina Baitel is participating in the EROTISH exhibition from December 1, 2020 to March 6... 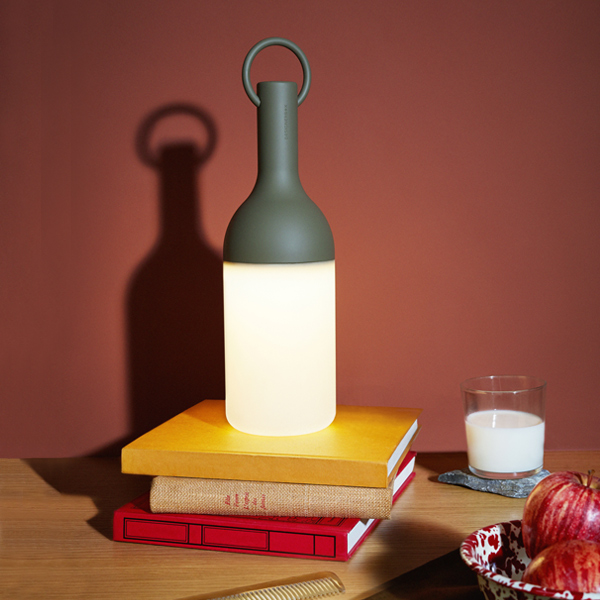 The Elo lamp will be available at the end of June 2020 in Leroy Merlin stores and in a special edition of Designerbox ...

For the launch of the 2020 collection, Philippe Hurel presents Volta, a swivel armchair designed by Bina Baitel ... 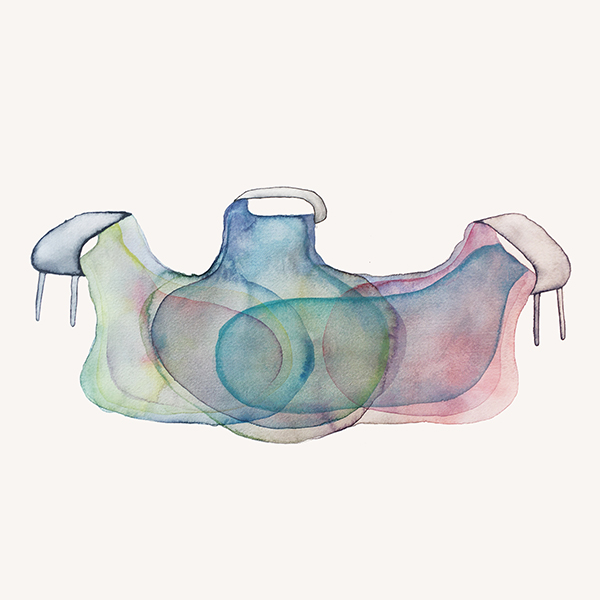 Bina Baitel is honored to participate in DESIGN FOR LIFE charity sale for the Fondation l’Assistance Publique-Hôpitaux ... 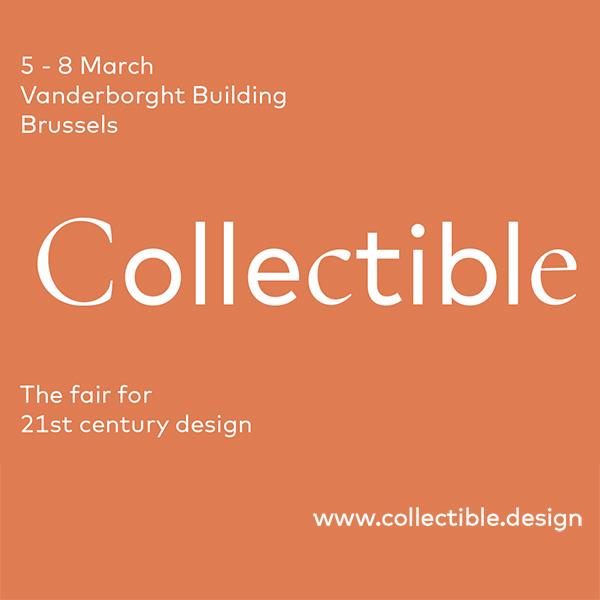 From March 5th to 8th 2020, Bina Baitel shows the first piece of her Serpentine new collection, exceptional objects between art and design ... 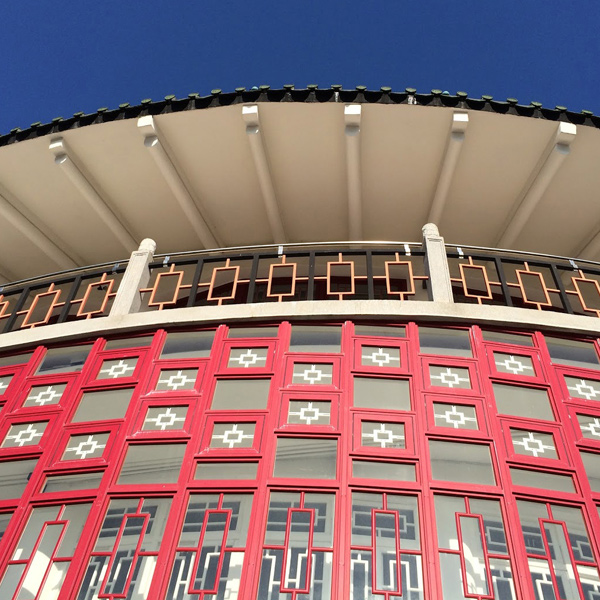 From 2020 March 24, Bina Baitel Studio shows its Recto Verso light at the NTCRI in Taiwan. An exhibit created by Le French Design by VIA... 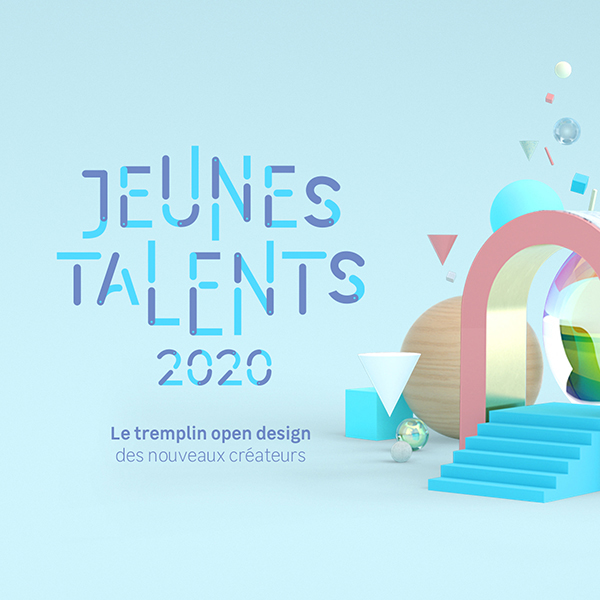 Bina Baitel is the sponsor of the third edition of «the open design springboard for young designers initiated by Du Côté de Chez ... 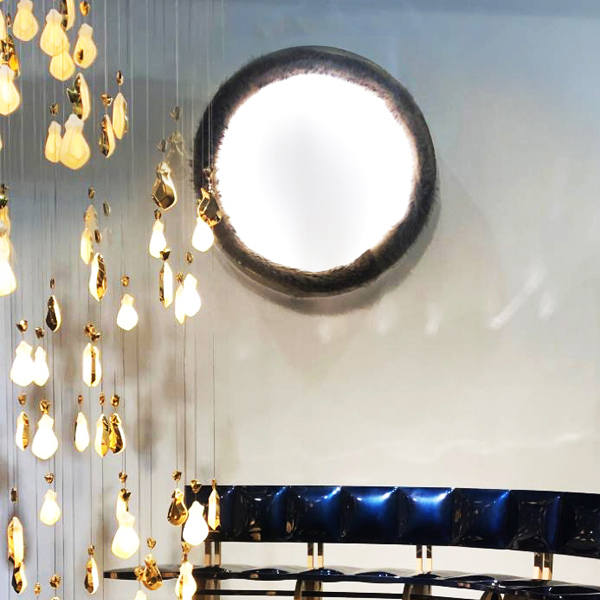 From 2019 November 7th to 10th In Shanghaï at the Tank Shanghai stands Unique Design Shanghai, the first platform dedicated ... 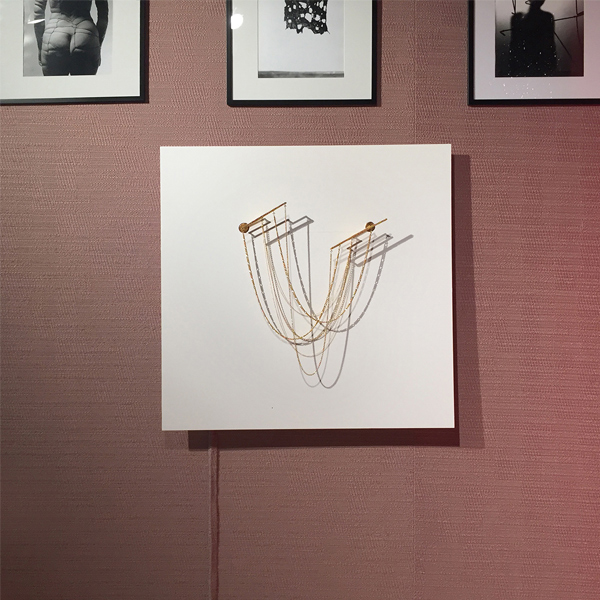 From October 16th to 21th, on the occasion of the FIAC, find us to the Art Élysées Pavilion on booth 303C in collaboration with ... 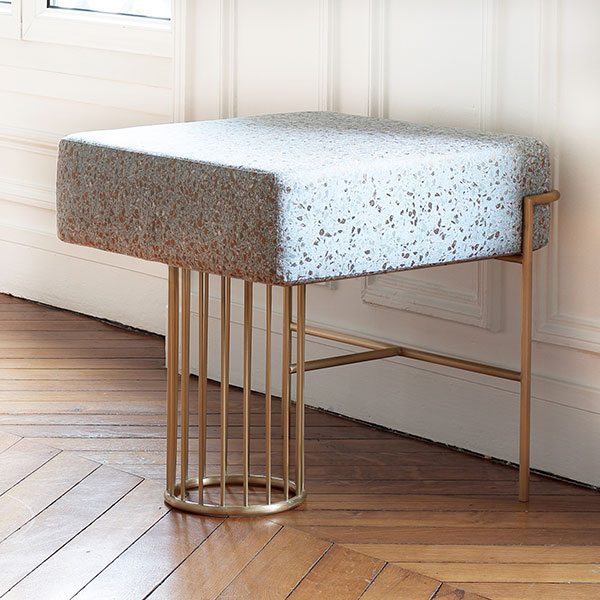 On January 16th , at the Musée des arts décoratifs of Paris, the VIA programm revealed the 100 representatives designers of ... 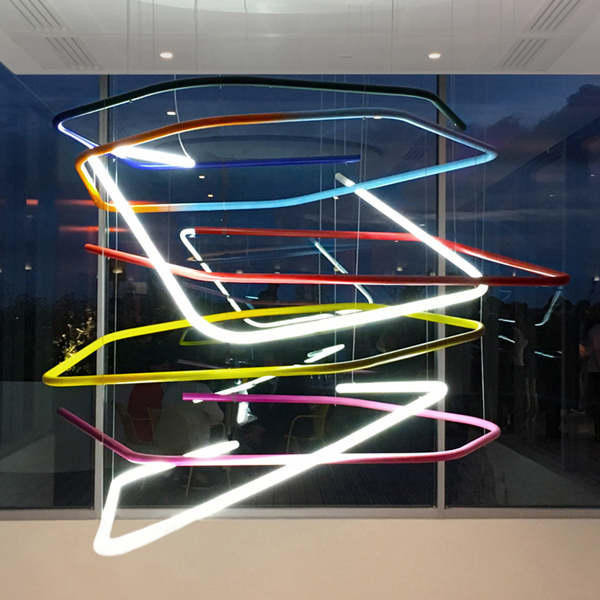 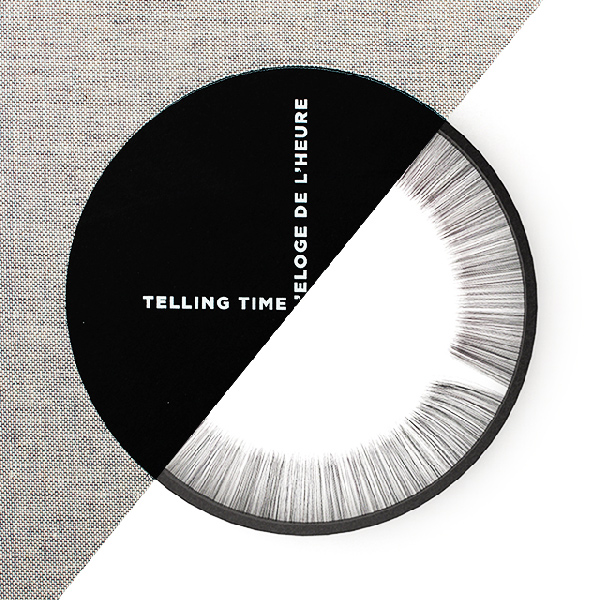 From Sunday 2017 January 22th to until Sunday April 30th, find Bina Baitel’s work and her Lash Clock project at the Grand Hornu... 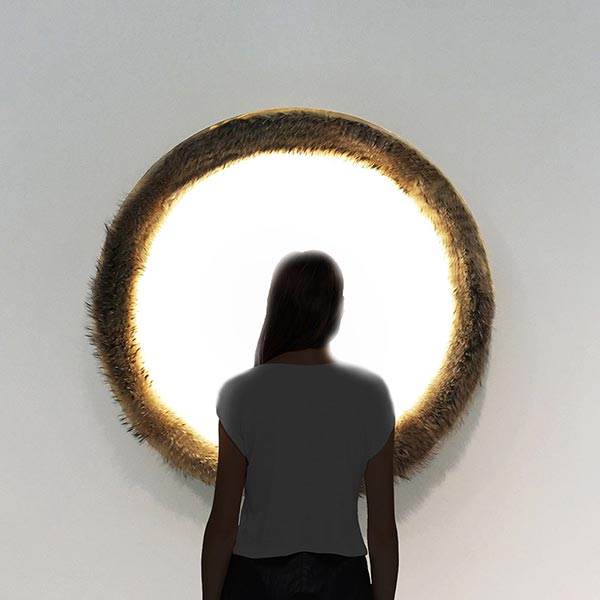 From Mai 3rd to 8th, 2019, at the Grand Palais stands REVELATIONS, the international biennale of artistic and ... 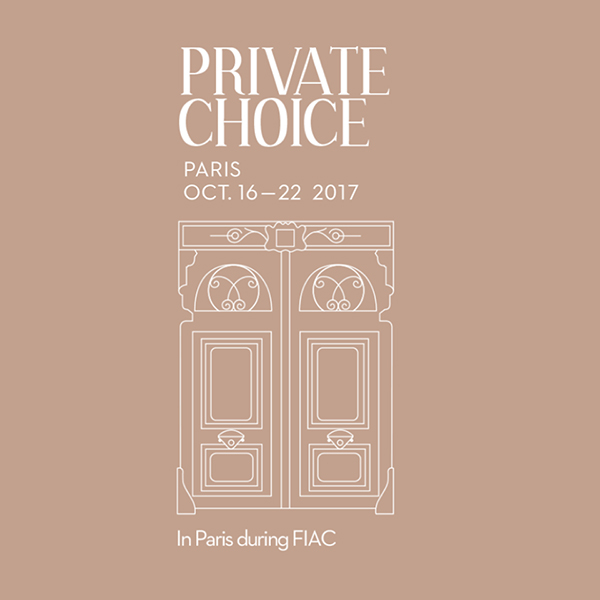 From Monday 2018 October 15th to until Sunday October 21st and for its sixth edition, Private Choice has settled in the heart of ... 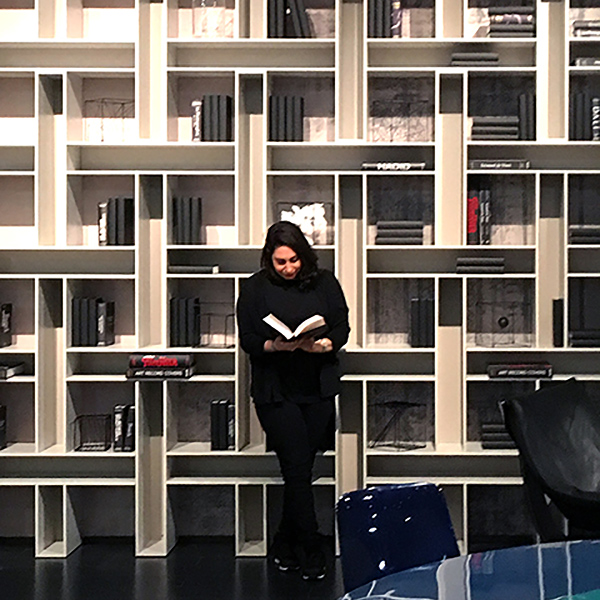 From April 4th to 9th, 2017, on the occasion of the Salone Del Mobile - International Furniture Exhibition - in Milan, Roche Bo... 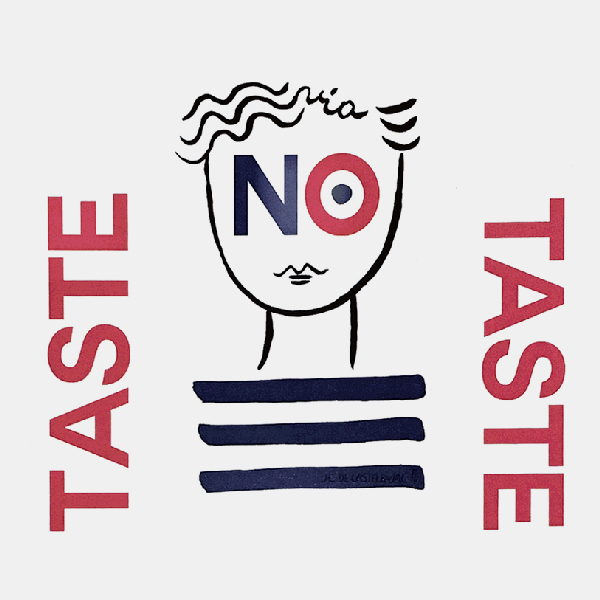 No Taste For Bad Taste

From April 4 to May 13, 2017, Bina Baitel takes part in the inauguration at the Furniture Milan Show and to the respective exhibitio...